When you are sitting in a cocktail bar in Berlin Mitte or in Prenzlauer Berg and enjoying your cocktail, you will hardly be thinking about the origin of the term. The history of the cocktails is quite interesting and goes back to the beginning of the 19th century.

WHAT ARE COCKTAILS Anyway?

Every well-stocked cocktail bar in Berlin Mitte, Prenzlauer Berg or another place will make a clear difference between cocktails, longdrinks, shoots and other alcoholic specialties. The first cocktails according to a recipe from 1806 was a mix of different spirits with sugar, water and bitters. So, if you like, the “Old Fashioned” was the first cocktail which is still served today. This particular cocktail is sweetened with whiskey, diluted with water and rounded off with some splashes of bitter. Meanwhile there are a lot of variations, but Whiskey is and remains one of the main ingredients of a well-balanced cocktail. The name probably comes from the French and refers to an old wine mix called “coquetel“, which gained fame during the US independence war on the other side of the ocean. In parallel, of course, there are also different readings, in which the tail of a cock (the literal translation of Cock-tail into German) is used.

Nowadays, cocktails are mainly known as “short drinks”. Drinks such as the Gin Tonic or vodka Lemon, which are served in glasses with a capacity of at least 0.2 liters, do not fall into this category and are known as “Longdrink” in every cocktail bar.

The name probably comes from the French and refers to an old wine mix called “coquetel“, which gained fame during the US independence war.

If you order cocktails at our cocktail bar in Prenzlauer Berg in Berlin, you can look forward to lots of well-balanced classics. There are, for example, the Caipirinha, the Mojito or the Piña Colada, all based on Rum or a Watermelon Man or Cosmopolitan on Wodkabasis, a Gin Fizz or Singapore Sling on Ginbasis and Margerita and Tequila Sunrise on tequila basis. Of course there are also whiskey drinks like the Sugar Daddy on the menu, which is rounded off by a lot of own creations. How about a Bollywood Dancer? Or the Anaconda (pineapple cocktail) and the Singh is King? By the way, cocktails do not always have to contain alcohol, which proves among other things the Vedis Shake.

All images are under copyright © Designagentur Berlin 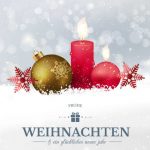 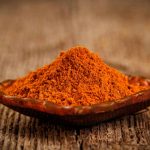